Distant Turtle City, a place little known the the empire at large, but their duty is paramount. Though not a large town by any means, it maintained a large dock, and was known for the trade through its walls. Located at the south end of the Isles of Silk and Spice, the city was used as both a go-between port of call and an inspection site for goods entering the empire.

Those finding themselves stationed here are met with a wild and rambunctious lot, sailors and merchants coming and going constantly. There was always bustle, always more merchandise to move. Pirating and smuggling were major problems in the area. Those seeking a quick profit off others would ply the trade on the open waters away from the risk of doing so on land. Spice and Silk were very profitable, and one good haul could set up a crew for a very long time.

The current governor, Kasuga Noku, is a stern but fair man. He was known to be heavy handed on the criminals yet soft on those he felt unjustly brought to charges. His word was the law for the most part out here, the only authority on the island was the Council of Twelve, of which the governor was one. This Council consisted of a dozen Kasuga that the family had entrusted with the task of preventing and/or rooting out any corruption or other issues that could befall the Mantis clan. In truth the Council was here as a hand of the Imperials over-watching the trade at sea. 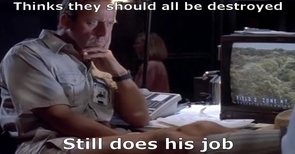 Distant Turtle City was a Tortoise city with a port just outside Toshi no Inazuma on the Mantis Islands, and was founded in the 12th century.

The Mantis agreed that the Tortoise would found the city demonstrating brotherhood, even if the Kasuga family refused to join its ranks. The Tortoise gained a foothold of influence, and the Mantis gained another city to house their growing population.

The Tortoise used the place to watch the Mantis for signs of corruption, wishing to protect the Mantis from such a fate.

It was occupied by a dozen Kasuga and hundreds upon hundreds of Mantis.

To the east
http://l5r.wikia.com/wiki/Toshi_no_Inazuma
City of lightning